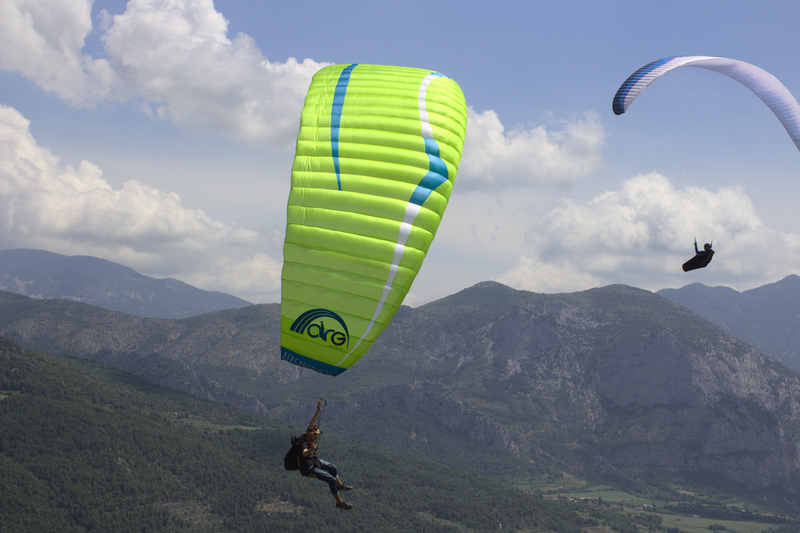 The glider has been flown intensively by us and our team pilots. Dozens of hours in bumpy Organya air created demanding conditions, where the wing had to prove itself. We aim to tackle the main problem that went hand in hand with a single surface wing: Low trimspeed and difficult flair behaviour.

Because of its strong build, sometimes it was the only wing doing acro on (too) weak days in Organya...

The wing has five struts (closed cells) to create a very stable profile. It is a fun toy to play with and because we chose robust materials you don't need to be extra careful or abstinent with spirals.
The DDL comes with trimmers. By opening them the velocity of the glider increases a bit, so you don't end up being a feather in the valley-wind after coming back from your hike and fly adventure.